Zero-carbon homes: where is the leadership? 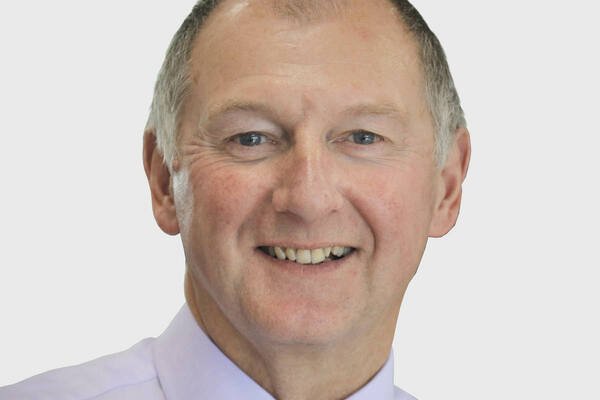 Many don’t realise that housing is the second largest emitter of carbon, after transport. If we take into account carbon emissions from the construction process, it is likely to overtake it. Seventy percent of homes are poorly insulated, achieving an energy performance certificate (EPC) of D or worse.

Sustainability for the housing sector has, until recently, been about the social and economic aspects of the sustainable development agenda. The environmental aspect of housing has largely been an afterthought unless imposed on developments as a planning condition. This is not surprising, with poll after poll by local authorities showing that the affordability of housing is the major concern on the public agenda.

“Social housing and climate change policies on the other hand have been inconsistent, sporadic and, in the case of social housing, verging on hostile”

While it could be argued that the sector has been in ‘denial’ about its contribution to global warming, it would be unfair to characterise the sector as being dominated by climate change deniers.

The problem has been a lack of long-term policy commitment from the top. Housing, like the rest of the built environment, is a long-term investment which can and does last for several generations. Social housing and climate change policies on the other hand have been inconsistent, sporadic and, in the case of social housing, verging on hostile.

It was only until recently with the white paper published in 2017 that the government recognised housing provision could not be left to market forces. Up until that point, successive governments of all political hues were happy to see the dramatic reduction in housing for social rent delivered by councils and sought to impose market forces on council housing through ringfenced Housing Revenue Accounts which are banned from running a deficit by cross-subsidy from wider council funds.

Changes in subsidy regimes and Feed-In Tariffs for renewable energy investments have also deterred social landlords from spending money in making their existing housing stock more climate friendly. Between 2010 and 2012, more than one million homes per year had additional loft insulation installed. However, this drive stalled in the wake of austerity, with fewer than one million lofts insulated in the following five years.

The sector needs clarity, long-term policy and financial commitments for changes that are long overdue. Most new build homes in the UK do not meet the nearly-zero energy standard set out in the Energy Performance of Buildings Directive that comes into force at the start of 2021. This goes beyond thermal insulation into zero-carbon readiness.

Bits of housing policy are moving in the right direction. No new gas connections to the grid after 2025 has been announced but not enacted. The government also announced the Decent Homes Standard 2 and the target to achieve EPC C by 2030. On the other hand, the weakening of earlier policies on zero-carbon homes, the Code for Sustainable Homes and the removal of support for the Green Deal have been backward steps.

This is not just about the condition of existing stock. There is just as big a challenge in the construction of new homes. Traditional building methods are very carbon intensive. Each new home costs more than 50 tonnes of carbon to build. Steel is the worst culprit, but bricks and concrete are also major contributors, meaning a building programme of 300,000 homes a year using traditional methods would have a footprint of 15 million tonnes of CO2.

This need not be the case. A simple change from steel to timber could reduce the carbon emissions from steel production that’s embedding carbon into housing infrastructure.The technology is there to go even further through the deployment of carbon positive materials such as hempcrete, a bio-composite that creates a lightweight cementitious insulating material that weighs a fraction of standard concrete.

Then there is the urgent need to build at scale. This is where modular modern methods of construction can make their contribution through off-site fabrication of zero-carbon homes, speeding up the construction process.

Innovation in this area has been underway for some time, with local government often being ahead of its time. Back in the 1970s, South Tyneside Council implemented a district heating scheme for its flats in Jarrow and it has continued this tradition in recent years, with proposals for an innovative renewable energy scheme using the River Tyne to help heat council-owned buildings.

Claiming to be the first of its kind in the country, it would work by harnessing low-grade heat from the river and exporting it to 11 buildings ranging from high-rise flats and schools to sheltered accommodation. The project is expected to slash annual carbon emissions by an estimated 1,475 tonnes and save around £500k a year. The project has attracted a £3.5m European Regional Development Fund (ERDF) grant for its innovative approach.

More recently, we can look to projects like the Gateshead Innovation Village. After early statistics from the construction were released, data on energy efficiency of the now lived-in homes is emerging. The most impressive of these are the results from the new heating systems installed in the homes, which have been built by housing association Home Group.

The 41 homes within the project are fitted with four different electric heating systems, in order to review things such as the balance of install, servicing, customer running costs and impact towards switching from natural gas. Three of the systems have already met the government’s 2025 Future Homes Standard of 75% ro 80% less CO2, with a fourth not far behind.

To date it has been left to innovators such as these within the sector to develop environmentally friendly solutions to reduce the impact of the housing sector on the climate crisis. While there have been steps in the right direction, stronger leadership is needed at the national level to deliver against the scale of the UK’s net zero ambitions.