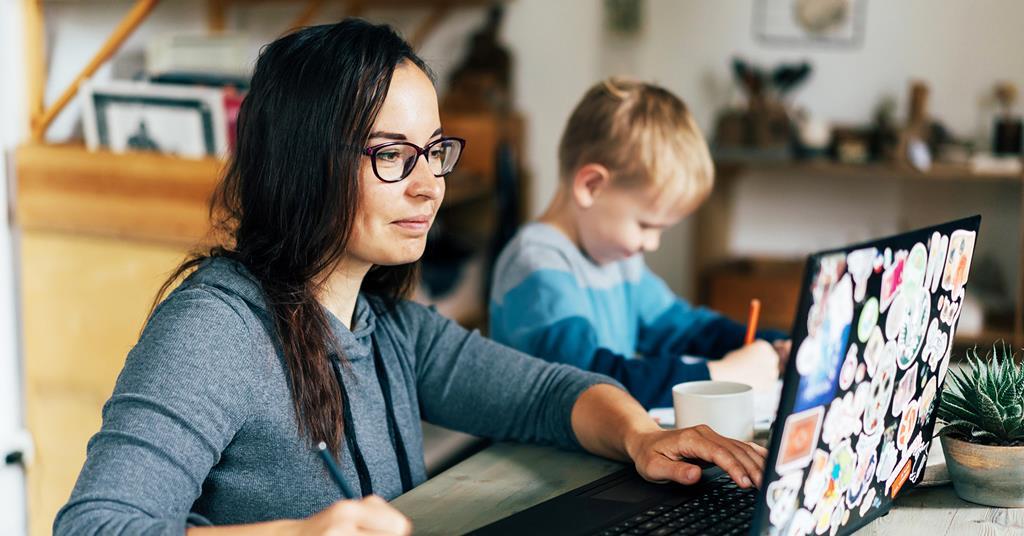 Women architects and interior designers have been disproportionately affected by the pandemic, according to initial research.

They were more likely to be furloughed and significantly more likely to be made redundant, figures show, while anecdotal evidence suggests those not furloughed were expected to carry out more of the childcare and domestic chores than their male colleagues, while juggling heavy workloads.

According to a study from the Women’s Budget Group based on HMRC data, women made up 52% of all workers who were placed on furlough across all industries between March and August last year, with around 133,000 more women furloughed than men.

Figures gathered by specialist recruitment agency Frame earlier this year found that the proportion of women who were furloughed was 38%, against 34% for men.

It also found a huge disparity between men and women in terms of unemployment, with 35% of the women they reporting joblessness, compared with 23% of men. The average figures was 28%, a number Frame called “staggering”. It said in a typical year it was around 2%. However the results should be treated with caution as the sample size, 426, was relatively small. By way of comparison the corresponding RIBA Future Trends survey found just 2.4% of respondents were redundant at the end of last year – although that rose to 4.5% in London.

Frame’s research nonetheless paints a concerning picture of emerging trends and the hardship being faced, in particular by women, as the economic fallout from coronavirus makes itself felt in the sector. Some 60% of respondents said their mental health had suffered during the pandemic and 36% were reconsidering their career.

Martin Bennell, Frame’s managing director, said of the gender imbalance at the time: “While we would not like to make any assumptions about why this has occurred, this has to be a blow to the industry that females are finding the employment market harder than their male equivalents.

“Is the industry turning their backs on females who need to juggle both their work and family life? Are career breaks to focus on motherhood detrimental to seeking employment? We make no assumptions that this is representative of the entire industry, but even at some level, are any of us okay with this?”

Rachel Bell, a director at architect Stride Treglown and national chair of the Association of Women in Property, said it would be months before the full impact of the covid-19 crisis would be felt on women’s progression in the sector.

“Furlough continues until September, when it will become apparent who has been ‘carried’ through the pandemic and might then unfortunately be made redundant, at which point we will be able to look at the gender and sector data [in full],” she said.

The government extended the April deadline for firms to report their pay gap data until October because of covid, something Bell said had “provided companies with a comfort blanket, enabling many to hide comparisons for over a year”.

Other industry observers warned there were multiple issues that had hit women harder than men during the pandemic.

Dr Jenni Barrett, a senior lecturer at the University of Central Lancashire, said flexible working and working from home during the three lockdowns had increased the burden for women juggling work with childcare.

“We don’t have a masculine culture in the office because we are at home and that’s really positive,” she said. “But on the flipside, there are things that have marginalised women further.

“For example, all that ’working flexibly’ means for a lot of women is that they have to work longer and harder around caring responsibilities.”

Barrett said the mistake that was often made was to talk about women as though they were the problem when “what we need to do is focus on fellas”.

Men, especially in senior roles, had to take on their fair share of flexible working practices and non-work responsibilities, she said.

Zoë Berman, an architect and founder of Part W, an action group that campaigns for gender equality in the built environment, called for a holistic approach to supporting staff.

She said: “Problems in unequal pay need to dovetail with best practice on flexible working, parental leave – and that is equally important in supporting men in taking adequate leave when becoming a parent and to be equally enabled as carers – alongside the need for supportive leave around miscarriage, bereavement, unpaid care work and return-to-work policies.

“As an industry, we need to be holistic when looking at the issues, and the solutions, to addressing inequalities in business governance.”