Hightown Housing Association has become the third housing association to take out a private placement with investors in line with the Loan Market Association’s (LMA) green loan principles. 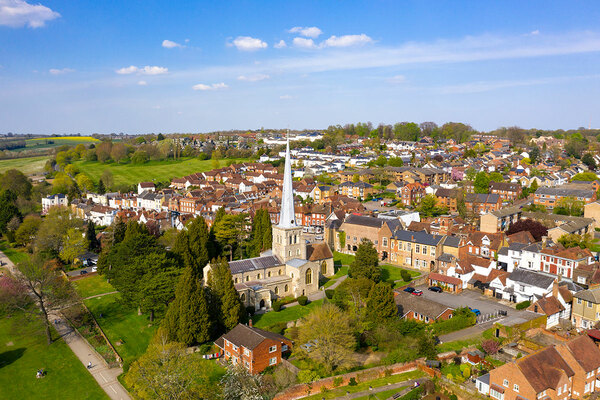 The £100m unsecured deal covers maturities across 12 to 15 years, and was taken out with five undisclosed institutional investors, including one new to the social housing private placement market.

Hightown’s adoption of the approach, which sees it commit that the use of proceeds will fund projects in line with the LMA’s green loan principles, follows earlier deals by two other associations.

Origin Housing announced a £120m placement with four undisclosed North American investors in May, while Southway Housing last week unveiled a £120m ‘sustainable’ private placement drawn up in line with both the green and social loan principles.

Hightown said that the proceeds of its placement would enable it to continue to deliver new, sustainable affordable homes in its core areas of operation, namely Hertfordshire, Bedfordshire and Buckinghamshire.

Currently 99 per cent of Hightown’s stock is graded at Energy Performance Certificate Band C or above, according to the provider. The association has delivered 3,700 homes within the last decade, and has set out plans to deliver 1,400 new affordable homes over the next two years. It currently manages around 7,000 homes.

Last June (2020), the Regulator of Social Housing downgraded the provider’s governance grading to G2, after it identified areas requiring improvement in Hightown’s risk management approach, before returning it to a G1 in March this year.

To secure the placement, the group worked with NatWest to create a green loan framework aligned with the four pillars of the LMA’s green loan principles, as well as four of the UN sustainable development goals.

The transaction was also supported by Link Group, Devonshires and Greenberg Traurig.

While the pricing on the transaction is undisclosed, David Skinner, Hightown’s director of financial services, described it as “very competitive”, adding that “investor interest was strong”.

David Bogle, the association’s chief executive, said: “We are delighted to have been able to agree this funding from five investors new to Hightown, and one new to the sector. This £100m green private placement, borrowed on an unsecured basis, adds a welcome degree of flexibility to the funding of our development programme.

“The funds will be used to deliver affordable homes with high levels of energy efficiency in our core areas of Hertfordshire, Bedfordshire and Buckinghamshire where there is substantial need and demand.”

Sonia Gadhia, director of private placements at NatWest, said: “This is the first time that I have seen US and Canadian private placement investors come together with UK infrastructure funds to collectively invest in a housing association, including an investor new to the social housing PP market.

“It’s great to see the increasing interest for this sector across a diverse set of investors and to see that more investors are open to looking at unsecured issuance.”