The week in housing: The tale of the housing association that decided to close 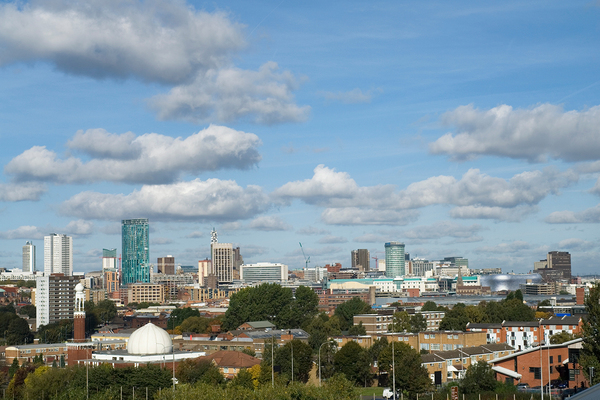 It was all hands on deck on Monday, when the news emerged that a housing association was going to close.

Any housing association shutting down its operations is highly unusual, but it is unprecedented for one that houses nearly 2,000 people to take this step.

It was not surprising that when Inside Housing broke the news that Prospect Housing had decided to go ahead with what it is calling a “solvent closure”, readers were interested to find out more. The Regulator of Social Housing (RSH) said that while associations had been closed in the past, this was the first managed shutdown of this size.

While the name might not be familiar to all, Prospect is one of the biggest exempt accommodation providers in the country.

Exempt accommodation is a subset of supported housing funded directly by the Department for Work and Pensions. It is often used as a means of housing those with very few other housing options, such as prison leavers, rough sleepers, refugees and migrants, and those experiencing substance abuse issues.

In many cases registered providers employ managing agents to provide the accommodation and support services, by entering into short-term lease arrangements with these companies. Exempt accommodation has risen in popularity in recent years, particularly in Birmingham, where the number of exempt accommodation claimants has grown from 11,000 in 2018 to 18,500 in September last year.

The decision to close Prospect came after a number of regulatory issues in recent years. The association was put on the Regulator of Social Housing’s ‘gradings under review’ list back in November 2019, before being hit with a G3/V3 grading by the regulator in February 2020. It was downgraded again to G4, the lowest governance rating, in October 2020.

Despite attempts to restructure and approaches to other associations about potential mergers, the management team took the decision that it would have to close, saying it was unable to provide the standard of accommodation and support that it and the regulator expect, whilst being financially viable and compliant in the long term.

It should be clearly stated at this point that there are a number of exempt accommodation providers and managing agents that provide an invaluable service. However, the regulator is taking a big interest in this part of the sector at the moment, to identify the areas where it isn’t working.

Much of this will no doubt have been bolstered by L&G Affordable Homes and Sage, which with major financial backing have development programmes in the thousands. And they were joined this month by McCarthy Stone, the UK’s biggest retirement home builder. Dominic Brady was the first to reveal the details.

The builder, which has delivered 56,000 homes in the UK, is a major new entrant to the sector and the first large house builder to register with the Regulator of Social Housing since Galliford Try registered Linden First in 2013. While we have seen smaller builders make the move in recent years, largely due to struggles finding a housing association to buy up homes under Section 106 on certain sites, no one the scale of McCarthy Stone has taken the step.

And it could be joined by some of its peers in the future, particularly if you take into account the direction of travel of Homes England for its next strategic partnership programme. On Monday Inside Housing revealed that for-profits would have their own stream in which they could access funding to build new homes. Homes England said this would be open to registered providers but also private developers looking to build affordable housing that would be managed by housing associations afterwards.

And the change in direction of travel was further underlined by Homes England opening a new stream for local authorities. Councils or council partnerships can now bid for anywhere up to £150m to build new council homes.

Another government agency that is undergoing a drastic change at the moment is the Housing Ombudsman. Following the appointment of Richard Blakeway as housing ombudsman and a drive for greater consumer regulation as a result of the social housing green and white papers, the ombudsman is being far more proactive in its actions – as well as more transparent, naming more landlords that are not meeting standards.

This week an excellent analysis by deputy news editor Nathaniel Barker looked into the ombudsman’s data and highlighted some of the worst offenders when it came to complying with orders issued by the ombudsman in the past three years.

The building safety crisis is not going anywhere anytime soon. And after the disappointment of housing secretary Robert Jenrick’s steps to end the scandal a fortnight ago, leaseholders were again left dismayed after an amendment to the Fire Safety Bill that would see leaseholders protected from historic fire safety costs was voted down in the House of Commons.