The total deficit of the UK housing associations with the largest gap between their assets and liabilities has reached more than £3bn, Social Housing analysis has found. Chloe Stothart and Gavriel Hollander report 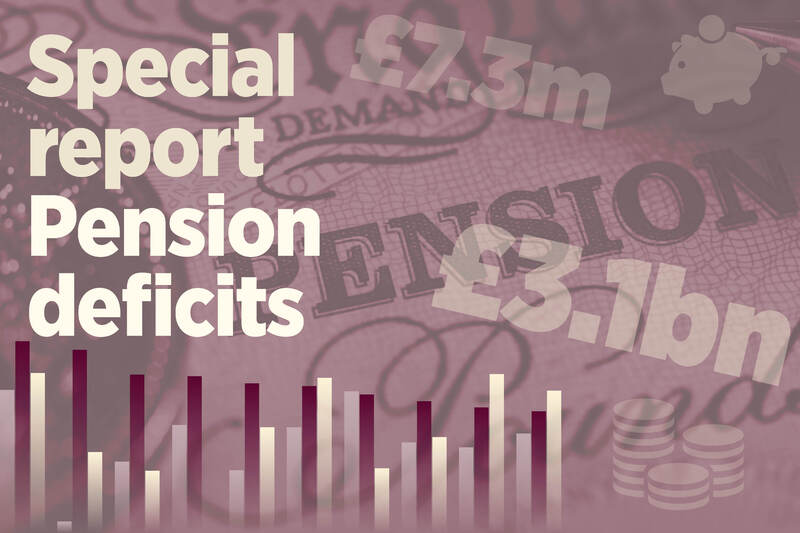 The total deficit of the UK housing associations with the largest gap between their assets and liabilities has reached more than £3bn, Social Housing analysis has found. Chloe Stothart and Gavriel Hollander report #UKhousing #SocialHousingFinance

A major change in the way the Social Housing Pension Scheme (SHPS) is recorded in housing association (HA) accounts in 2019 has revealed that the total deficit of the 106 English associations with the largest gap between assets and liabilities was approaching £3bn at the end of the 2018/19 financial year.

Including the handful of Welsh associations and one Scottish provider that also recorded deficits in excess of £8m, the overall figure reached £3.1bn across 115 organisations. The growth in overall deficit among this group of associations was 78 per cent. The majority of the increase is likely to be down to a significant change in accounting practices for SHPS.

Previously, under financial reporting standard (FRS) 17, associations that were members of the SHPS – or the Scottish Housing Associations’ Pension Scheme (SHAPS) – did not present their share of the schemes’ total deficits in their annual accounts. This was in contrast to the Local Government Pension Scheme (LGPS), whose members did report deficits.

With some landlords – particularly large stock transfer associations – much more heavily invested in the LGPS than the SHPS, this situation created an imbalance in apparent pension deficits across the sector.

In essence, this means that the 2018/19 accounts provide a basis for comparisons in the future, explained Steve Simkins, partner and public services leader at pensions advisory services firm Isio.

“So we now have a baseline, which allows you to compare consistently all defined benefit provision across the whole of the social housing sector.”

And while Mr Simkins described comparing 2017/18 figures as published in association accounts with 2018/19 as being an “apples and pears” comparison, the move to FRS 102 has allowed for the direct comparison of deficits between different associations.

Our analysis has revealed that 13 associations carried an overall pension deficit across all their schemes of at least £50m at the end of 2018/19. This group was led by Peabody, which had a £96m deficit, and The Guinness Partnership (£91.7m). It included five members of the G15 group of biggest London-based landlords, while all but one of the 13 – Bolton at Home – owns or manages at least 30,000 homes.

Bolton at Home also had the largest deficit on a per-unit basis (£4,465) of the group with the largest deficits. That figure put the 17,500-home landlord in the top five in terms of deficit per unit of all associations carrying more than an £8m deficit.

“Now we have a baseline, which allows you to compare consistently all defined benefit provision across
the whole sector”

Of those associations with the biggest deficit in 2018/19, several have already reported their 2019/20 position. Two of the top three have more than halved their deficit over the year. The Guinness Partnership saw a fall from £91.7m to £40.4m, while Metropolitan Thames Valley Housing’s (MTVH) deficit came down from £79.2m to £31.1m. Peabody’s deficit also fell but by a more modest proportion, from £96m to £80m.

That figure was still higher than the same group of associations collectively declared as a deficit in 2017/18 (£92m) before the change in accountancy rules.

There is, however, a further complication to factor in when drawing a comparison between 2018/19 and 2019/20. With the financial year end falling at the end of March, a month that this year saw the start of the coronavirus lockdown and unprecedented movement in the bond markets, pensions experts have warned that this year’s deficit figures are likely to prove a mirage.

“The primary reason for the drop in deficits between 2018 and 2019 is the increase in corporate credit spreads over the year, and in particular the fact that credit spreads were high at 31 March 2019,” added Mr Simkins.

“Those credit spreads quickly narrowed, so had the position been assessed for example at the end of April, the deficit would have been closer to the end of the 2019 position. An issue for the sector is to be aware that the lower deficit at the end of March 2020 may have been a short-term phenomenon, and they should anticipate an increase through to 2021.”

This short-term change was reflected in the significant drop in deficits recorded by a number of associations. In its annual report for 2019/20, The Guinness Partnership recognised the reasons behind its 56 per cent reduction in deficit, stating: “The liability has fallen during the year as the credit spread between corporate bond yields and government bond yield has risen, which has an impact of reducing liabilities in FRS 102 pension deficit calculations.”

If anything, finance directors expect deficits – and therefore contributions – to increase in the coming years, whether or not their associations are members of SHPS. Clarion Housing Group, whose deficit more than halved from £69.3m to £32.3m between 2018/19 and 2019/20, has already told employees to pay higher pension contributions for the coming year. The UK’s largest landlord joined the growing group of associations to leave SHPS in 2018.

Ian Johnson, chief financial officer at MTVH, told Social Housing that he expects other associations to follow Clarion’s lead in increasing contributions: “I think that’ll be a trend you’ll see increasing across the sector in the next 12 to 18 months, anticipating the impact of the new code of conduct. We are looking at options to mitigate [the expected rise in contributions].

“We all expect the funding deficit to rise and our cash obligations to rise. By and large, sector pensions are underfunded, including SHPS, and those schemes that have exited it are likely to remain underfunded [so] there’s some catching up to be done.”

The code that Mr Johnson referred to is the consultation on The Pensions Regulator’s code of practice for defined benefit schemes.

MTVH also left SHPS in 2019, although Mr Johnson explained that the decision to do so was not based on the change in accounting practice that meant SHPS deficits were now on balance sheet.

“What leaving SHPS has done is give us more scope to do more things going forward,” he said. “It wasn’t done to reduce deficit but to better manage the risk profile in our pension obligations.”

Nevertheless, some advisors have suggested that the switch to FRS 102 and the new transparency over SHPS-related deficits could push some boards to think about leaving the scheme.

HAs with a pension surplus in 2019

“There’s been an increase in bulk transfer activity. Associations with more than £30m liabilities are pretty much all looking at this but that is still a minority of SHPS employers.”

An analysis of pension contributions of 202 housing associations carried out by First Actuarial in the summer found that the sector’s pension schemes showed improved funding levels in the year to March 2020. Overall funding levels were up seven per cent, while funding levels for SHPS and ex-SHPS schemes were up 13 and 15 per cent respectively.

The report said this outcome “was a surprise for many associations which were braced for a greater balance sheet deficit due to COVID-19”. Aggregate asset value remained unchanged at £6.3bn across the associations surveyed, the report found.

“The reason the assets are broadly unchanged is you have equity assets going down, and bond assets going up,” Mr Mullock added. “You’ve also got associations putting lots of money into these schemes so you’d hope assets would increase year on year as you get positive return and money going into the schemes. So flat is not a great result but maybe not as terrible as people expected.”