Platform Housing Group has been handed an A+ in a new credit rating from agency Fitch, due to ongoing “high demand” for social and affordable housing. 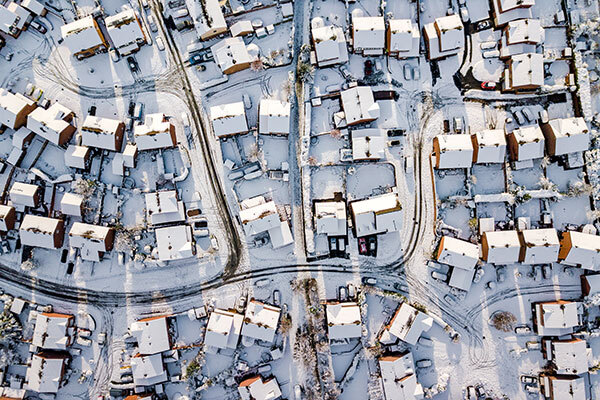 Platform Housing Group has been handed an A+ in a new credit rating from agency Fitch, due to ongoing “high demand” for social and affordable housing #UKhousing #SocialHousingFinance

Platform, which operates across the Midlands, received a ‘negative’ outlook based on the UK sovereign rating.

Fitch affirmed its negative outlook for the UK as a whole last month, saying this was a result of the “impact of the coronavirus pandemic on the UK economy and the resulting material deterioration in the public finances”.

Despite this, Fitch said it expects Platform’s position to remain stable as the group aims to deliver 18,000 homes as part of a 10-year plan.

Platform’s development programme is “ambitious”, according to Fitch, but the group has “limited commitment” and the programme can be “delayed or stopped at any time, and is funded through multiple streams of liquidity”.

It is the second stamp of approval for the Solihull-based landlord this year after credit ratings agency Standard & Poor’s reaffirmed its A+ (stable) rating last month.

Elizabeth Froude, chief executive of Platform, said the additional rating would help the group “access the funding that we need to invest in our homes and our communities”.

In its last reported full-year accounts, the group built 1,448 homes – a nine per cent drop on the prior year.

It made its capital markets debut with a £350m maiden bond in July last year, achieving a coupon of 1.625 per cent on the 35-year issuance.

Meanwhile, 35,000-home landlord Onward has been handed an A1 rating with a stable outlook by agency Moody’s.

In the assessment, its first rating on the provider, Moody’s said that the Accrington-based landlord has a “very strong balance sheet with low debt, high interest cover ratios, and strong liquidity”.

Moody’s added: “The group’s operating margin stood at 17 per cent in fiscal 2020, among the lowest of rated peers, driven by low profitability on its social housing lettings.

“The operating margin is expected to remain low, averaging 18 per cent over the next three years driven by higher fire safety and management costs on its social housing lettings in addition to low margins on its market sales.”