In its first set of accounts since being given the lowest possible governance rating by the Regulator of Social Housing (RSH), Westmoreland Supported Housing has revealed that it was still running at a loss in 2018/19. 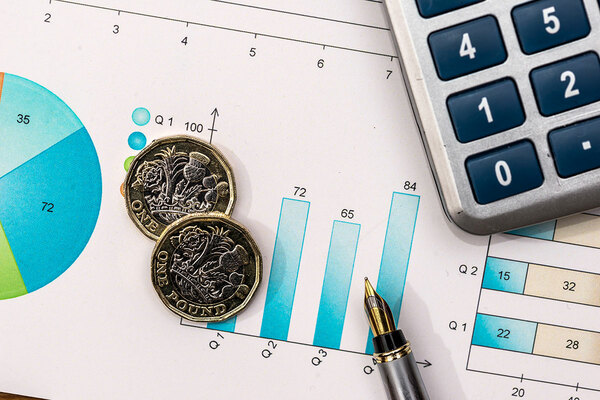 The lease-based provider of specialist supported housing made a deficit of £54,178 for the 12 months to the end of September 2019. Although this represented an improved financial performance after it lost £4.7m in the 18 months to September 2018, the board recognised that it “does not provide a financially stable base in the long term” and warned of “a high risk of insolvency” if it cannot renegotiate the terms of some of its leases.

The financial report also revealed that the association’s gearing – the ratio of borrowing to its assets – had grown in 12 months from 1,715 per cent to 2,260 per cent.

Such a high level of gearing reflects some of the regulator’s long-standing concerns about the sustainability of the lease-based model.

Last year, Westmoreland became the fourth provider to be downgraded to the lowest-possible G4 governance rating by the regulator, in a judgement that also saw it retain a non-compliant V3 viability grading. This came after the provider temporarily entered the regulator’s insolvency process.

Westmoreland did not suffer a viability downgrade after it put in place a restructuring plan and because of what the regulator described as the “continued support and forbearance the organisation is receiving from its creditors”.

The newly published accounts cover the period directly leading up to the latest regulatory judgement and show some of the progress made by the provider in terms of its restructuring plan. It has reduced its headline cost per unit from £109,000 to £83,000 as a result of the renegotiation of terms on some leases held with landlords.

The board also said that bringing its income collection team in house had improved occupancy rates as Westmoreland was better placed to negotiate individual rent levels with council housing benefit departments. It accepted that “in certain cases, the high level of lease rentals has led to difficulties in reaching agreement with the local authorities with respect to housing benefit rates required”.

During the period covered by the accounts, Westmoreland managed 23 properties, or the equivalent of 136 bed spaces, that remained empty because they were in an unlettable condition. As part of the organisation’s recovery plan, these leases were surrendered to one landlord in June this year, alongside the release of a £1.6m “disputed creditor balance”. This reduced Westmoreland’s void rate from 30 per cent to 16.5 per cent.

Reflecting on its rapid growth between 2017 and 2018, the board said it “acquired some lease properties that were not fit for purpose”. It added that “the directors and senior management team have been renegotiating and exiting leases that do not meet the need of the business going forward”.

Since the period covered by the results, Westmoreland has transferred or cancelled 67 leased properties with a rent roll of £3.45m, and reached an agreement to transfer a further 15.

The transfer or cancellation of these leases has improved the provider’s cash position. At its year end in September 2019, it had just four months of available cash, while now it has 13 months, making the business sustainable until October 2021.

The accounts also reveal that the three board members installed by the RSH following its last regulatory judgement – Susan Hickey, Susan Lock and Lee Sugden – will stay on at the organisation after their statutory appointment periods ended last month.

Westmoreland’s previous chair Mike Doran, who served from November 2018, died from COVID-19 in March at the age of 66.

Separately, the report also confirmed that one Westmoreland resident died after contracting coronavirus, while nine cases were reported in total.

Elsewhere, another lease-based provider – Trinity Housing Association – has released its 2018/19 accounts. The provider, which was rated G3/V3 by the regulator in November 2018, made an operating surplus of £79,736, having run a loss of £2.4m in 2017/18, but accepted that its “underlying operating position is still weak”. The organisation “remains in a significant overdrawn position” and is likely to continue to do so “for the foreseeable future”.

In 2018, Trinity asked its counterparty landlords to help arrange a financial support package, which was eventually agreed in March 2019. The board said it is now “working to establish longer-term financial viability”.

The accounts show that support package was subsequently revised with support extended “until September 2020” after Trinity failed to achieve targets built into the original agreement.

In the accounts, the board said this was “due to the significant increase in the cost of major repairs, the extensive reactive compliance work required on properties and legal expense incurred having to deal with a safeguarding issue for one of our void properties being worked on by one of Trinity’s previous contractors and the legal and professional fees that were required during the restructuring of the board and management team”.