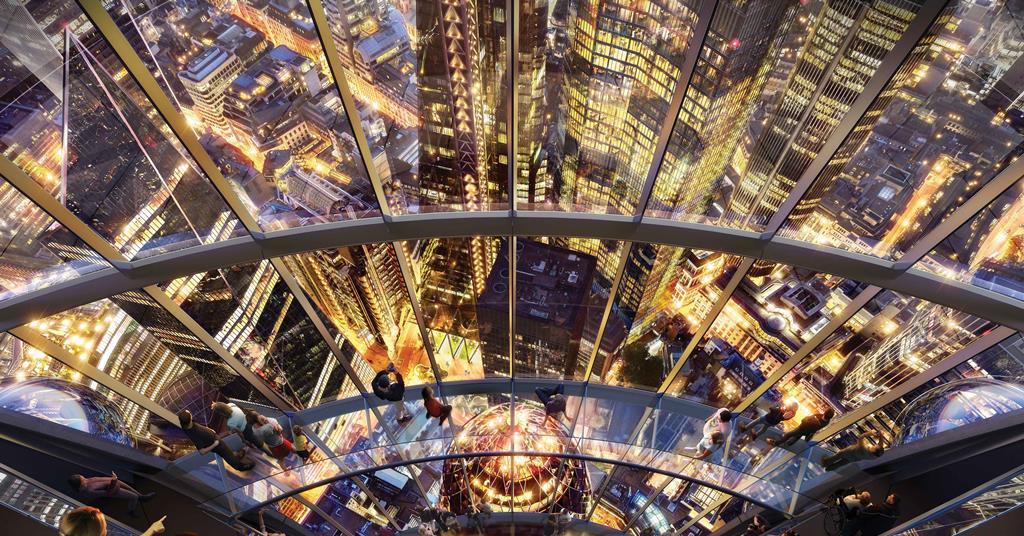 Lawyers for the Tulip were locked in talks this afternoon about what to do next after the 305m tall tourist attraction in the City of London was thrown out by the government earlier today.

Project insiders told Building Design they were taken aback by the news, with one saying: “A few weeks ago I thought it was 80:20 in favour of going through. I’m gobsmacked. I wonder if COP26 had something to do with it.”

The final decision on the Foster & Partners-designed scheme rested with housing and communities secretary Michael Gove after a planning battle lasting more than two years.

Today’s news split the industry with the Square Mile’s former chief planner Peter Rees telling Building Design: “Thank God. I’m delighted. I would have recommended it for refusal. There’s little enough land [in the City] as it is without wasting it on someone’s ego trip. The City is not an amusement park.”

He added: “I’m quite amazed he’s [Gove] done something sensible.”

Rees suggested alternative locations for the Tulip could be Croydon or Canary Wharf “where they could do with it”.

And Karen Cook, the PLP architect behind the City’s current tallest tower, 22 Bishopsgate, said: “The building needs to be more than a luxury bar in the sky.”

She raised concerns about the building’s impact on the public realm, with Gove also admitting he was worried about how an influx of visitors would be contained in the streeets around the attraction.

Cook added: “If it [the Tulip] had other uses, I think it would have stood more of a chance.”

Last year’s planning inquiry heard that visiting school and community groups would have had free access to the educational space, located on the lowest floor of the educational area, but would not have access to several key features, including the glass slides and rotating gondolas fixed to the outside of the building.

Others told Building Design they were disappointed by the decision, with James Goldsmith, the head of leasing at AXA, one of the funders behind 22 Bishopsgate, saying: “I think it would have added to the variety of the City.”

And New London Architecture founder Peter Murray said: “I think it’s a great shame. The City needs to attract a different demographic. At the moment it is suffering from Tuesday, Wednesday and Thursday working. If the amenities of the Square Mile are to survive – shops, restaurants, pubs and so on – they need a seven day a week customer base. Three days isn’t going to cut it. If the amenities of the City disappear, so will the financial services.”

The 210-page decision included concerns about different protected views, the design of the tower and its use of carbon and concluded that the harm caused on these fronts would not be outweighed by the “economic, tourism and educational benefits”.

One key finding was that the “extensive measures that would be taken to minimise carbon emissions during construction would not outweigh the highly unsustainable concept of using vast quantities of reinforced concrete for the foundations and lift shaft”.

Another concern was the impact the Tulip would have on the setting of the Tower of London World Heritage Site.

Both Khan and Historic England had objected in part because of concerns on the skyline and protected views with a spokesperson for the mayor adding: “The mayor is delighted that [Gove] has dismissed this appeal outright.

“He has long argued that the proposed tower would be little more than a concrete lift shaft with a viewing gallery at the top, offering very little in terms of benefits for Londoners, with no new office space or housing.”

Planning lawyer Lydia O’Hagan, an associate at Charles Russell Speechlys, said: “Gove’s decision may be a sign of more difficult times to come for tall buildings. Steering tall buildings through the planning system is likely to become increasingly difficult with the recent adoption of the new London Plan and upcoming developer taxes.

“However, despite the challenges, tall buildings also present unique opportunities. They can deliver more floorspace with less footprint, contribute to city life through commercial and residential accommodation and associated facilities, as well as make a positive contribution to skyline, with well-known examples including the Shard and the Gherkin.

”With an increased emphasis on brownfield development, there is still a key role for tall buildings of exemplary design in society.”