IWFM urges businesses to do more to support hybrid working 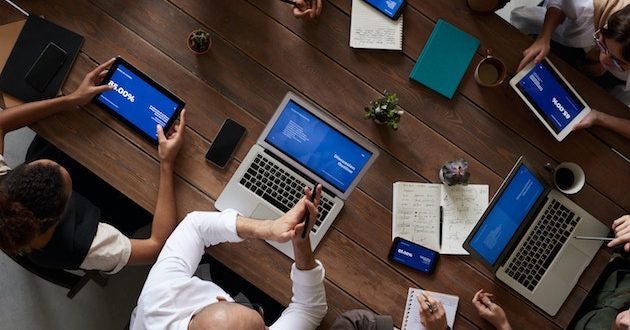 Research from the Institute of Workplace and Facilities Management (IWFM) warns that half (50 per cent) of UK workers are being pressured to return to unfit office spaces by their bosses, with almost half (49 per cent) feeling they are now more productive working from home than in the office. This was significantly higher amongst younger workers, with 50 per cent of 18-34 year olds compared to 40 per cent of those aged 55 and over.

The survey of 2,000 employees ahead of the lifting of the government’s work from home guidance, reveals that productivity may be being held back by a lack of spaces within offices to support new ways of working. 31 per cent of workers admit to struggling to perform basic tasks in the office compared to working from home. 48 per cent believe a lack of breakout spaces and meeting rooms is hindering collaborative working; whilst an additional 48 per cent report IT and technology systems need updating. 39 per cent of employees are also struggling to video call clients/colleagues working from home whilst in the office.

Moreover, almost two thirds (61 per cent) of those who feel pressured to return claim little has changed in their place of work since the first lockdown, with 63 per cent believing their employers need to do more to adapt both their working cultures and facilities to enable hybrid working. Overhalf (55 per cent) are now calling for their spaces to be modernised. This was significantly higher amongst 18-34 year olds (56 per cent agreed) than over 55s (37 per cent) agreed.

Linda Hausmanis, CEO of the Institute of Workplace and Facilities Management, comments:

“Work is an activity, not a destination; this is the key take away from the mass home-working experiment we all had to live through over the last 16 months. As we slowly move out of lockdown, the challenge for employers is to ensure their offices and teams are ready for the transition away from full time home working.

“The findings of this research warn that while a high number of businesses are well prepared to meet this new challenge, many are risking being unable to keep hold of their top talent if they fail to adapt their space, infrastructure and culture to new ways of working.”

The research finds that the majority of those keen to work from offices four days a week or more have already returned, starting to give organisations, and surrounding eateries and businesses, an indication of footfall post pandemic. 85 per cent of those who intend to spend most of their time working in the office returned in June or earlier. For businesses keen to hold onto talent, the survey warns that 27 per cent of workers want to spend less time in the office than their employers expect.

Hausmanis continues, “Traditional views of the workplace have changed in the past year, and now is the time for organisations to acknowledge their responsibility and invest in a workplace strategy that supports productive work, whatever the destination. This goes beyond surface level improvements or binary decisions between the office and home; businesses must review their entire workplace experience and culture in partnership with their teams as a matter of urgency to enable staff to do their best work wherever they may be.”

The research also found that while the majority of (41 per cent) feel their employers are taking Covid precautions seriously, a significant number (37 per cent) are being put off by their colleagues failing to adhere to Government guidelines, including social distancing and the wearing of face masks.

The research was conducted by the Institute of Workplace and Facilities Management as part of its ongoing ‘Returning to the workplace’ campaign. For more information on the campaign, click here.