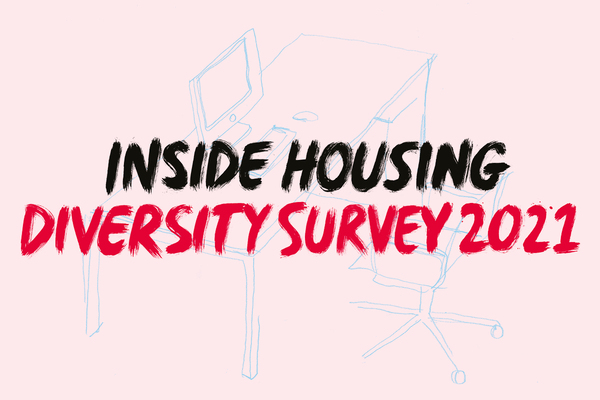 In the wake of Black Lives Matter, many social landlords have renewed their commitment to tackling race inequality in their own organisations, and said that they are working towards being anti-racist organisations. Many committed to look at representation of ethnic minorities in senior roles as part of this, as well as examining why Black, Asian and minority ethnic people are being under-promoted in the sector.

“The change will be incremental. I fully expect to be focusing on this for the rest of my career, [and] I’ve got 28 years before I retire”

Our survey shows that there is still a long way to go. Our last diversity survey was in 2019, and found that 9.1% of executives and 13.6% of board members were Black, Asian or minority ethnic. We changed the questions this year, to ask landlords for a breakdown of ethnicity in much more detail – mirroring census questions – which allows us to tell you much more about what is going on in the boardrooms and executive suites of housing associations.

The numbers are not really comparable for this reason – the category ‘Black, Asian and minority ethnic’, for example, can include white ethnic minorities. However, we can see that, for example, more than 90% of executives from those associations that responded are white, and 87.4% of board members.

Olu Olanrewaju, chair of Leadership 2025, a charity working to make the housing sector more diverse, and a member of Inside Housing’s race and housing editorial panel, sums up: “Material change in terms of representation has not happened. [The survey results] continue to make the case for why change is necessary, and it’s not happening fast enough.”

Looking at what is happening in London is particularly instructive, because London is one of the most ethnically diverse parts of the UK, with about 40% of the population being Black, Asian and minority ethnic when the 2011 census was taken.

London is also the headquarters for the G15 group, which includes some of the largest landlords in the UK. The G15 has set out its stall on diversity in senior roles, for example setting a target for 30% of board members to be BME by 2025.

However, the data from our survey shows a decidedly mixed bag. Two landlords – Clarion and Southern – refused to provide figures. Hyde responded, but did not provide any answers to our questions on race and ethnicity of its board members, only its executive team, which it told us is made up of only white people.

“Material change in terms of representation has not happened. [The survey results] continue to make the case for why change is necessary, and it’s not happening fast enough”

Clarion said information on diversity can be found in its annual report. The report says that one in five of its staff are from Black, Asian and minority ethnic backgrounds – but it does not discuss representation at executive or board level. It does discuss gender equality, stating that the executive team is evenly split between men and women.

The data on the remaining landlords shows that only 17% of G15 board members are people of colour, and 83% of G15 executive team members are white. Only four executives are Black, and another four Asian.

Jamie Ratcliff, executive director of people and partnerships at Network Homes, who has been working within the G15 group of London landlords on the issue of diversity, says: “The clear line that the G15 [has taken] is the area that needed the most attention is people from ethnic minority backgrounds [in senior roles].”

Mr Ratcliff says that the numbers show that as a group, the G15 is on track. He says that change for board members – who typically have six-year maximum terms – can be achieved quicker than at executive level. “The change will be incremental. I fully expect to be focusing on this for the rest of my career, [and] I’ve got 28 years before I retire,” he adds.

Wales and Scotland have significantly less ethnic diversity at board and executive level.

In some ways this is perhaps to be expected, as both countries have less diverse populations, (94.8% and 96% white respectively), but it still does point to an issue. Glasgow has the most ethnic diversity in Scotland, being 12% ethnic minorities in 2011, the latest year for which there is data. But Wheatley Group, which is based in the city, has only white people at board and executive level.

A Wheatley spokesperson says: “We are absolutely committed to increasing and improving diversity in all parts of the group, and that includes our executive team and all boards and departments. It is a major element and focus of the independent governance review that is set to be considered by the Wheatley board.”

Mr Olanrewaju from Leadership 2025 notes that many organisations are now realising that diversity at decision-making level simply makes for better decisions. With this in mind, he says: “All the evidence is you make better decisions, [so] why are you not doing what’s right for your business?”