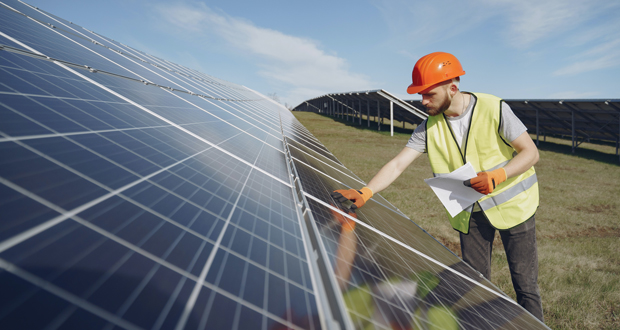 According to the findings of a new industry-wide ‘skills for climate’ consultation, seven in 10 engineering services businesses (70 per cent) say they currently do not have enough competent employees to undertake ‘low to no carbon’ work.

The findings also show, in terms of particular technologies facing a shortfall of workers, solar PV, heat pumps, energy storage systems and smart buildings were cited by many businesses as being the most problematic.

If demand was to increase ‘substantially’ over the next two years, just 10 per cent of businesses say they would have enough competent employees. One in four respondents (25 per cent) said they would ‘struggle’ to meet this increase in demand.

ECA Director of Skills and Employment Andrew Eldred commented: “Our industry consultation highlights the growing scale of the skills challenge in the low carbon arena, which comes on top of broader skills shortages in many engineering and skilled trades.

“Engineering services businesses, most of which are SMEs, are key to the delivery of low carbon technologies. There is an urgent need for Government and industry to work more effectively together to build the skills-base that will be required.”

Almost half of the respondents (48 per cent) said that there was a lack of ‘sufficient industry training’ for those involved in low carbon work.

Positively, many businesses said that they would be willing to consider hiring individuals who have previously worked in traditional energy sectors, such as oil and gas. Almost two-thirds (65 per cent) say they would hire from the fossil fuels industry, and just nine per cent said no, while 26 per cent were unsure.

The REA Chief Executive Dr Nina Skorupska CBE said: “This important survey should send a clear signal to those, particularly young people, affected by lockdown that now is a great time to become an installer and help deliver on our country’s low-carbon ambitions.

“Installation companies clearly see renewable energy and clean technologies as an area for future growth and Government can kick-start this sector by ensuring solar and energy storage are firmly part of the Green Homes Grant scheme.”

STA Chief Executive Chris Hewett added: “Electrical and heat contractors are clearly seeing growing demand for solar and energy storage technologies. To deliver our net-zero targets these companies will need support to develop their existing staff and recruit a new generation of skilled workers capable of scaling up the deployment of renewables.

“We will be working with other industry bodies to ensure that skills are enhanced and hope that the Government will allocate additional resources towards this goal.”

The consultation was run by ECA, in association with the REA, STA, BESA and The Electrotechnical Skills Partnership (TESP) during July and August this year.