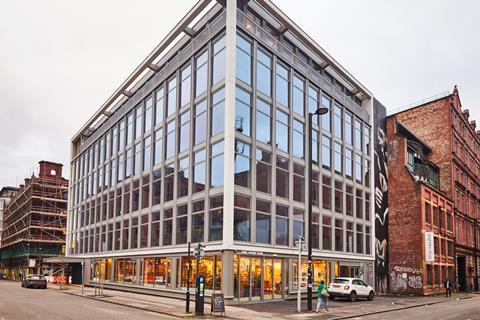 Hawkins Brown is moving its Manchester studio into a newly restored 1960s Seifert building after outgrowing its previous space.

The refurbishment and extension of Hilton House, a former academic building, was designed by local practice Buttress Architects with Sheila Bird Studio. Completed last year, it involved upgrading the façade, adding new space at the rear, restoring a spiral staircase and stripping back plasterboard and carpets to reveal the original terracotta ceilings and parquet floors.

Hawkins Brown’s Manchester office – its first regional studio – was established on Tariff Street six years ago with eight staff but has grown to 30, with two more due to join next month. 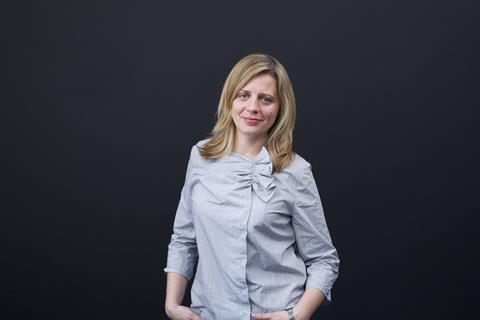 It is headed by Katie Tonkinson who moved back to her home city in 2014 after 12 years at Hawkins Brown’s London office.

Now the practice has leased an entire 4,000sq ft floor round the corner at Hilton House, a Northern Quarter landmark originally designed by Seifert in the late 1960s for the drama and lighting department of Manchester Polytechnic.

It had been in a state of neglect for several decades before a rescue project last year by new owner CERT Property working with Buttress. 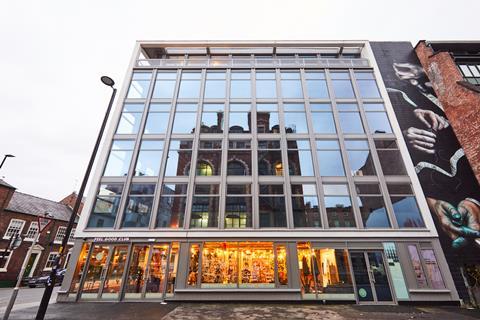 Tonkinson, a Hawkins Brown partner, said they hoped the new office would work as a “flexible container that supports new ways of blended working”, encouraging creativity and strengthening team spirit as the country emerges from lockdown.

“In spite of the difficult circumstances facing the country, we have witnessed a confident and steady continuation of our business practice across all sectors and at all work stages,” she said.

The studio has seen “significant growth” in masterplanning and urban design commissions, added Tonkinson, with appointments by LCR on Stafford Station Gateway and supporting bids for the ID Manchester district and Salford Crescent. 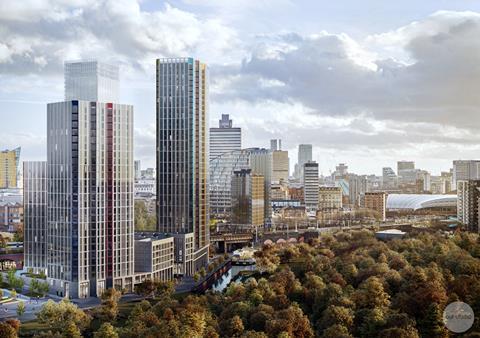 >> From the archive: Why everyone is moving to Manchester

Several other “born-in-Manchester” schemes are now on site, including education projects for the University of Manchester, UCLan and Leeds Beckett, a residential scheme for the English Cities Fund and Muse at Salford Central and for the Far East Consortium at New Cross Central. 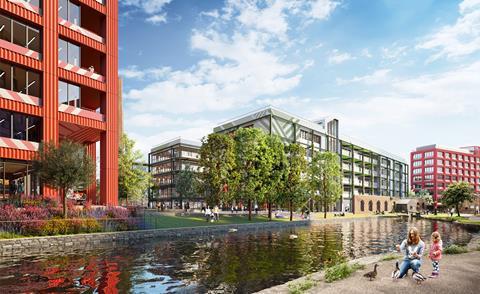 Having an office in Manchester had opened doors to new public- and private-sector clients across the north of England from Carlisle to Stafford, said Tonkinson – including the Manchester International Festival and local councils.

It had also allowed the practice to establish relationships with several architecture schools and cultural institutions in the region, she said.