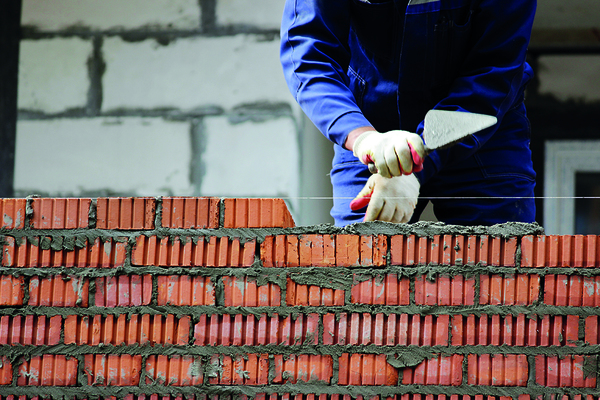 Registered providers spent £3.1bn on development in the three months to the end of June, which was 30 per cent below their forecasts, according to the Regulator of Social Housing’s (RSH) latest quarterly survey.

Around a quarter of the shortfall was from seven providers based in London and the South East.

“Many providers are still reporting ongoing delays from the pandemic; shortages of materials and labour in the construction sector, as well as escalating prices affecting lead times,” the survey said.

Will Perry, director of strategy at the RSH, told Social Housing: “Development delivery is more unpredictable than usual, particularly due to labour and materials shortages.”

Brexit has led to a shortage of materials such as cement, timber and steel, which has driven up prices and caused delays on sites, the survey said.

Mr Perry said that providers are also faced with the challenge of not knowing when they can acquire Section 106 properties as developers change their timetables.

Housing associations are trying to make up for lost time after last year’s first lockdown saw sites shut down. As a result the £3.1bn spend was 68 per cent up on the same period last year and 11 per cent up on the previous quarter, despite being down on forecasts.

Completions have been hit, with the number of shared ownership homes being handed over falling 14 per cent in the quarter to 3,812. Around half of the units completed were by just 13 providers, the survey showed.

However, the overall surplus on shared ownership sales edged up to a five-year high of £104.9m, which is attributed to increasing house prices.

Market sale completions fell by 25 per cent to 1,178, compared to the previous quarter. However, the survey said that providers are “still forecasting full budget spend in the year”. The number of market sale properties sold fell 16 per cent to 1,414, but the survey noted that this was above a three-year average of 1,230 units.

The overall surplus on market sales was £102.9m in the quarter, giving a margin on sales of 16.6 per cent, up from 16 per cent the previous quarter, the survey found.

The survey, based on returns from 209 registered providers, also found that bank lending to the sector in the quarter was at its lowest for four years at £0.4bn. Landlords are increasingly turning to the capital markets for funding, which accounted for 78 per cent of facilities agreed in the quarter – a total of £1.8bn.

He also suggested that providers had previously “built up” available facilities in preparation for the impact of Brexit and the pandemic, but that some of that contingency planning is now being unwound.

The survey also found that £1.7bn of loan repayments were made during the quarter, which was the highest amount since December 2016. The figure included £0.5bn of repayments to the Bank of England’s Covid Corporate Financing Facility.

A string of housing associations used the facility during the height of the pandemic, with the Treasury forced into a rethink after originally blocking associations with a V2 rating or lower from accessing it.

A total of £1.1bn is still due to be paid back by the sector, which must be done by next March.