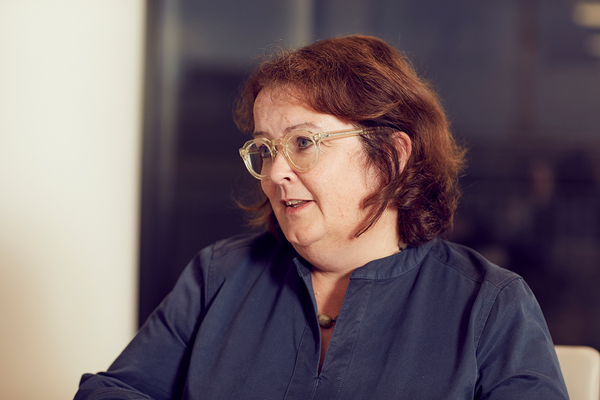 A “lessons learned” investigation into disrepair on the Eastfields Estate in Mitcham, published today, found that the UK’s largest housing association had been “too reliant on residents reporting issues and chasing us to ensure the work was done”.

The 125,000-home landlord has decided to introduce a proactive “inspection regime” to check the condition of its homes as part of a bid to prevent the issues being repeated.

Eastfields Estate was the subject of an ITV News investigation in June, which revealed that residents were living with widespread disrepair, chronic black mould and a major vermin infestation.

Clarion committed to producing a report to learn what went wrong at Eastfields, with the Regulator of Social Housing (RSH) urging it to make the findings public.

CLICK HERE TO READ AN IN-DEPTH ANALYSIS OF THE REPORT

The estate, which is made up of 466 homes, is set to be demolished and rebuilt under a major regeneration programme, with the report describing the buildings as “poorly designed” and “near the end of their life”.

Clarion had made the decision to cut planned investment in the estate once it was condemned, meaning that its programme for replacing kitchens, bathrooms and other facilities was halted.

That approach meant some homes “were not in an acceptable condition”, the report concluded.

It added: “The process of regeneration is complex and expensive, and would not be expected to happen quickly. Nonetheless the programme has taken significantly longer than expected to progress.

“There were several opportunities to consider what additional steps may have been needed to maintain our homes.

“However, these opportunities were missed, which left some homes to fall below the standard we expect.”

Speaking to Inside Housing, Clare Miller, chief executive of Clarion, said she was “distraught by what we found at Eastfields”, but admitted that Clarion should have predicted the issues arising.

She said: “When I look back at it now, clearly, had we taken the opportunity to change our approach when we knew it was going to take longer, then undoubtedly we would have managed to avoid some of the worst of this.”

However, she insisted that Clarion has not found a similar situation at any of its other regeneration sites.

The report noted that had Clarion engaged better with residents amid the regeneration delays, it may have uncovered the problems sooner. It also revealed that some residents “had not reported repairs because they did not think the problem would be resolved”.

Ms Miller said the association is now “putting a lot of effort into having a national drive to talk to our residents to better understand [that] and what type of systems would enable them better to have that dialogue with us”.

The report promised 10 actions following the episode, with six of those carrying out various reviews.

Clarion has apologised to residents on the Eastfields Estate and was cleared of a standards breach by the RSH following an investigation.

But Fiona MacGregor, chief executive of the RSH, said in a letter to Clarion that it was “disappointing to see the poor conditions for tenants that were highlighted” and that there was “no denying the level of shock” that ITV’s story had prompted.

She added: “In line with the governance and financial viability standard, registered providers are required to safeguard the reputation of the sector, and it is clear that this has been damaged by recent media coverage.

“In the case of Clarion, as the largest housing association in the country, that reputational responsibility is particularly acute.”