7.5 million workers in the UK are hoping to do their jobs from home permanently post-lockdown 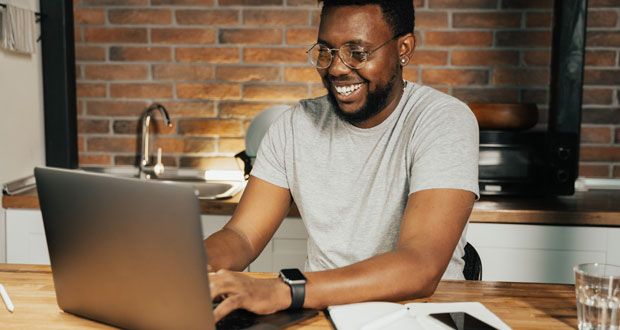 Employees currently based at home are twice as likely to think they work best there (40 per cent), compared to in a workplace (21 per cent). More than two in five (42 per cent) say they like not having to commute, with 40 per cent finding it more efficient and 34 per cent feeling more relaxed.

For those finding working from home challenging however, 39 per cent say it’s hard to stay motivated, while 34 per cent find it difficult to maintain a work life balance and 33 per cent feel isolated or lonely.

Will Gosling, Human Capital Consulting Leader at Deloitte, said: “Lockdown has opened workers’ eyes to the benefits of working from home, with many relishing the lack of commute and flexible working day. However this isn’t the end for the UK’s workplaces. Many companies will invest in revamping their spaces in the coming months to encourage teams to work creatively and collaboratively when they do venture in to their workplace. Desks will be replaced with meeting rooms and training spaces, creating a vibrant hub for collaboration and skills training. For most of the week, teams will prefer to work primarily from the comfort of their own home, which the past 12-months has shown also allows them to be at their most productive.”

However, Deloitte’s research highlights younger workers are struggling while working away from the office.

More than half (58 per cent) of employees aged under 35 doing their jobs from home say they are finding it ‘challenging’, up from an average of 44 per cent for all home workers, with 37 per cent of under-35s saying they feel ‘overwhelmed’ by the different technologies they need to use for their role.

Nearly one-third (29 per cent) of workers aged under 35 say they don’t feel confident using technology in their role, compared to an average of 22 per cent.

Anne-Marie Malley, UK Consulting Leader at Deloitte, commented: “It is concerning that a significant number of younger workers are struggling while working from home. This generation are the digital natives, but their skills shouldn’t be taken for granted. Digital platforms and tools have acted as a bedrock for business continuity throughout lockdown and investment in new technologies will continue to bolster business recovery post-COVID. For this investment to be successful, digital skills training for all ages must be prioritised.”

The research also revealed that re-skilling has become a top priority for UK workers as working from home highlights digital disconnect. Three in five (59 per cent) workers say that technology has been essential in enabling them to continue to perform their role during the pandemic, with 45 per cent becoming more confident in using technology for work purposes in the past 12 months. Deloitte’s research highlights that 57 per cent have used video conferencing software more in the past year, while 48 per cent have increasingly relied on software to help team collaboration.

When asked about the ways they would like their employers to support them further, opportunities to train or improve their skills came almost top of the list (selected by 29 per cent), just behind flexibility in terms of when they can work (31 per cent).

Gosling concluded: “Leaders must now make it a priority to ensure every worker has the skills they need to use technology effectively. Failing to address this threatens to widen the digital skills gap, potentially stunting the productivity of the UK’s workforce for many years to come. Employee productivity is now dependent on a tech-savvy workforce.”